CentraleSupélec : a scientific partner to the Interreg IDEA project

The aim of Interreg North West Europe is to stimulate regional development in north-west Europe, an area that extends from the Netherlands to the republic of Ireland and as far south as to include Switzerland and the outskirts of the city of Rochelle in France.  In this context, Paris and Gif-sur-Yvette both fall within this Geographical area.

The second aim of the Interreg program is to stimulate interregional and international collaboration between scientist with complementary interests.

The IDEA project started in September 2017 and will continue under its current form until the end of October 2021.  The project was initialized by the Flemish Nuclear Research Center (VITO) in Belgium who are also the project manager, and initially included 10 partners. 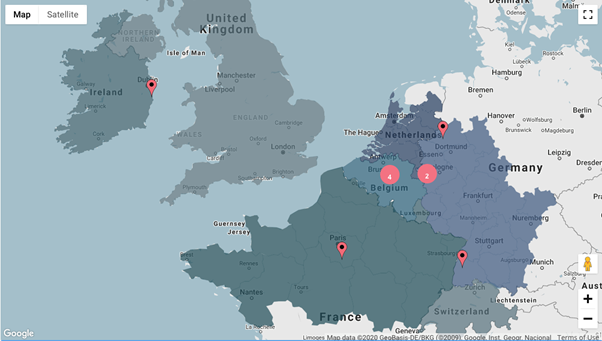 The total budget of the project is of a little under 5 M€ with 10% of the budget allocated to CentraleSupélec. Of this budget 60% of the expenses on this project are eligible for reimbursement by the Interreg organisation.

Microalgae research has been an active field of research for the last 25 years at the LGPM Department of Centrale Paris and more recently CentraleSupélec.  During the latter part of this period international interest in microalgae has intensified due to the potential to recycle atmospheric CO2 by these photosynthetic microorganisms.

Although, the scientific field has been rather active, commercial application has not materialised on a significant scale in Europe.  As any emerging business, this industry requires the development of a network of resources and the installation of a real value chain.  In oriental countries the microalgae industry is already a commercial reality in steady development.

The IDEA project started with the aim of developing a full value chain based on:

The IDEA project consisted of:

The LGPM has chosen Chloromonas nivalis, as a potential candidate for successful commercialisation in northwest Europe. This is a microorganism that exists in alpine and polar regions and is known for occasional red blooms on snow in these regions.  The organism is little studies so far and the Scientific team headed by Pr. Behnam TAIDI has developed growth models for this organism over a range of key incubation conditions.

The second workshop managed by Centralesuplélec, investigates methods to monitor the health of the biomass produced in storage. Three scientific articles have already seen the light of day on this topic from the two teams involved in this Workpackage.